onsite Community Association Manager at Summerglen Rachelle commutes 40 minutes to and from work each day because she loves the community she manages and its residents, even being quoted as saying “The people that live at Summerglen are wonderful and friendly. There is a real sense of community spirit here.”  Rachelle who earned her CAM license in 2007 has over 15 years of experience in the industry. Getting her start in property management at Pringle Development, a 55+ community development group, Rachelle gained expertise in aspects of community management including: landscaping, maintenance, warranty, and closings.

In her personal life Rachelle has furthered her education at Lake Sumter Community College where she studied business administration. She is also a mother of two, Matthew and Michael, step-mother of Charley and Dayne, and mother-in-law of Amanda (married to Dayne) and Amber (married to Matthew). She and her husband, Bruce, recently welcomed their first grandchild, Sophie, in 2013. When Rachelle is not in the office she loves to cook, watch sports, and be out on the water. We are proud to have Rachelle on our team and hope you enjoyed this installment of our Meet the Team series. 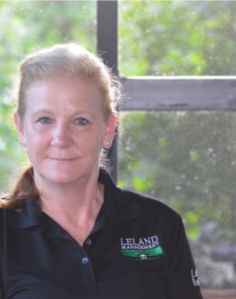 gh Kim Twiss was born in Virginia she considers the cotton state her home. Growing up in Alabama Kim was an avid sports fan and played softball, ran track, and was on the cheerleading squad at her high school. After graduating from Glencoe High in 1978 she applied to Auburn University where she was accepted and completed a Bachelor’s degree in Mass Communications. To fund her education Kim worked as a lifeguard throughout college.  Going to work immediately upon graduation she used her degree to become a successful reporter in various distribution channels including: radio, television, and newspaper print. In 1985 Kim gave birth to her daughter Kalli who is now 28 and graduated from the University of Florida with a Master’s degree in food and economic resource. To be close to family, Kim and Kalli moved to Citrus County in the early 90s and Kim went to work with her parents who owned Century21 property Management Company. Here she started managing rental properties and earned her CAM license in 1994. In May of 2008 Kim joined the Leland Management team in the Ocala Division.

When she is not in the office Kim is either attending a college football game or taking photos. A talented and accomplished amateur photographer Kim has photographed countless events and even shot the photographs used to decorate Leland’s Citrus office. She is also a huge animal lover and works closely with the local Humane Society to raise awareness and encourage adoptions in the area.

We are proud to have Kim as a valued member of our team and hope you enjoyed this installment of our Meet the Team series.

If you are planning to make your way around your HOA or Condominium this Halloween make sure to follow some simple safety tips.

Swords, knives, and similar costume accessories should be short, soft, and flexible.

Avoid trick-or-treating alone. Walk in groups or with a trusted adult.
Fasten reflective tape to costumes and bags to help drivers see you.
Examine all treats for choking hazards or tampering before consuming. Limit the amount of treats you eat.
Hold a flashlight while trick-or-treating to help you see and help others see you.
Always test make-up in a small area first and remove it before you go to bed.
Look both ways before crossing the street. Use crosswalks when possible.
Lower your risk for serious eye injury by not wearing decorative contact lenses.
Only walk on sidewalks or on the far edge of the road facing traffic.
Wear well-fitting masks, costumes, and shoes to avoid blocked vision, trips, and falls.
Eat only factory-wrapped treats. Avoid eating homemade treats made by strangers.
Enter homes only if with a trusted adult. Only visit well-lit houses. Never accept rides from strangers.
Never walk near lit candles or luminaries. Be sure to wear flame-resistant costumes.

With October here and Halloween rapidly approaching, it is officially the season for

homeowners to decorate their yards and their front stoops with pumpkins, ghost cut-outs, scarecrows, and other festive décor. What some homeowners may not be aware of is that, in many HOA-governed communities, there are set policies and rules that dictate which Halloween decorations are and are not allowed. In fact, many HOA board members may not be fully aware of how the governing documents address this spooky holiday.

The first important thing to note is that HOA rules do not restrict Halloween decorations simply out of the desire to stamp out fun, or to prohibit homeowners from having a good time. In most communities, some Halloween decorating is permitted, so long as it is within reason. The HOA governing documents likely just prohibit decorations that could be generally irksome and intrusive to other community members, particularly immediate neighbors.

As such, the best advice we can give to homeowners and HOA board members alike is just to know what the governing documents say. In particular, be aware of some of the following items; while every HOA has its own unique rules, these are common entries in governing documents: